People who get Parkinson’s Disease can now find relief with medical cannabis. This is a huge relief for those who suffer from this debilitating disease and cannabis oil really works to reduce the stiffness in muscles, the lack of coordination of movement and the jerkiness of movement. Cannabinoids in the cannabis oil are natural healing chemical compounds known to treat diseases of the brain and body, Parkinson’s being one of them.

The two main cannabinoids used in medical cannabis products include cannabidiol (CBD) and tetrahyrocannabinol (THC) and both have natural anti-inflammatory qualities, are natural pain killers and can treat depression too. THC is not recommended for Parkinson’s as it is psychoactive and may cause further stress to patients but CBD is a calming cannabinoid with the power to destress the patient and ensure a better night of sleep. CBD has been shown to reduce the unnatural movements associated with Parkinson’s and to reduce pain and other symptoms that affect quality of life.

When someone gets Parkinson’s, they are experiencing a shortage of dopamine in their brains. Brain cells that produce dopamine are damaged or die so the brain can no longer make the right amount of dopamine need for smooth and normal bodily movements. Symptoms then include shaking, stiffness in limbs and trunk, spasms in the muscles, reduced voluntary movements and slowness of movements. There is also a loss of balance, loss of memory and cognitive functioning and a sense of anxiety and depression. Patients can now find relief from these symptoms when they take medical cannabis for Parkinson’s.

Many patients start having motor issues for ages before doctors link this to dopamine shortages in the brain, therefore Parkinson’s Disease. And now scientists are saying that Parkinson’s is also linked to an overgrowth of negative bacteria in the gut. When the brain cells making dopamine are affected, the gut was affected long before this. Leaky gut syndrome is when the gut lining is weak and bad bacteria leach out into the bloodstream, contaminating the immune system in the long term. We all need beneficial bacteria in the gut, not the harmful bacteria and it all comes down to eating healthy foods. When there is too much bad bacteria entering the immune system, there is increased inflammation which also affects the brain. Inflammation is the root cause of all disease.

Taking medical cannabis to treat the symptoms of Parkinson’s Disease will automatically benefit the other issues such as gut ill-health, lack of sleep and appetite, stress and depression, pain and uncoordinated movements. CBD is a calming cannabinoid that works wonders for self-esteem and for physiological and emotional issues linked to Parkinson’s. Cannabinoids interact with cannabinoid receptors in the brain and can help to treat the lack of dopamine in Parkinson’s patients. CBD is a natural antioxidant and anti-inflammatory and can help the endocannabinoid system to find a healthy balance again. The body’s endocannabinoid system regulates all systems, from the brain and central nervous system, to the peripheral nervous system, reproductory system and more. A healthy immune system is the result – and no disease.

Find relief from Parkinson’s with medical cannabis, even if you are simply treating the symptoms. This will ensure smoother movements, less depression and pain, better sleep and a healthier gut. Make sure you eat fresh, wholesome foods, plenty of fruit and vegetables, nuts and seeds and less dairy and meat. Contact us for a chat and how you can improve your health with medical cannabis. 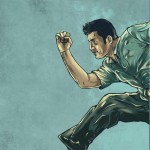